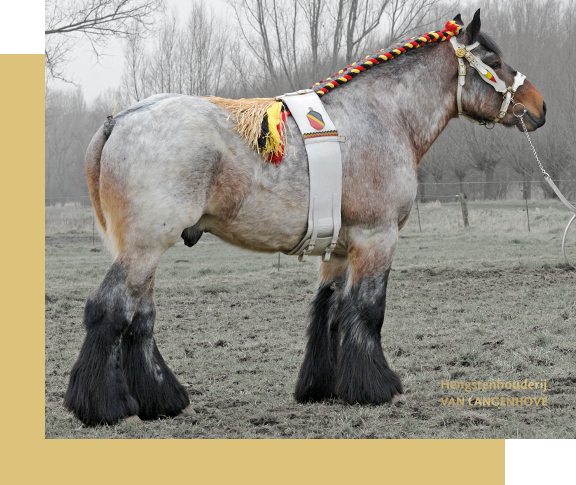 Stan van de Voshoek is our new acquisition for the 2021 breeding season. Already a mastodon that was named the most impressive stallion of the new crop in the independent magazine 'De Paardenkrant'.

In the magazine De Paardenkrant Stan was proclaimed the most impressive stallion of the new crop. We quote: "Stan is a well-built stallion with depth, good proportions, a beautiful head and lots of expression. In trot he moves powerful and shows correctness, expression and reach. He scored very well on all parts and is also interesting in terms of inbreeding (only 1.56)."

We can't add much more to that, and his interesting pedigree is the reason Stan is the stallion that remains retained from our rearing!

The mother of Stan is a big modern daughter of Kondor van 't Keerkenhof. As a two year old she became champion in Ath and she won her series at the official contest in Diksmuide. 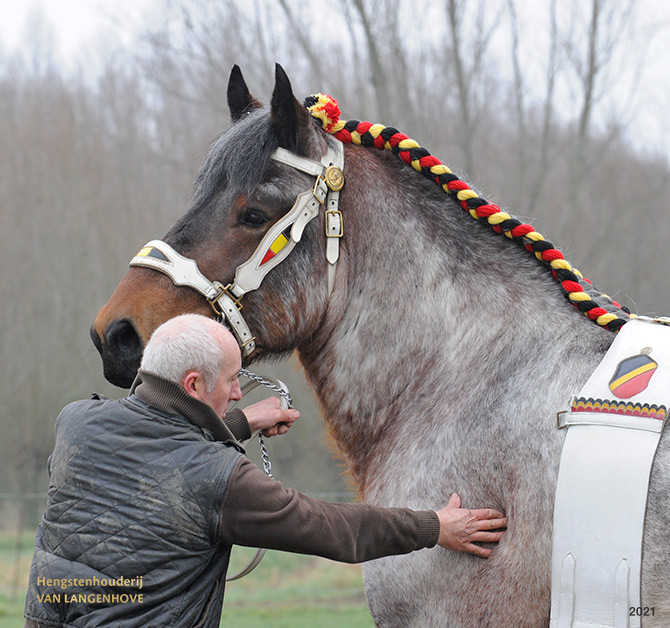 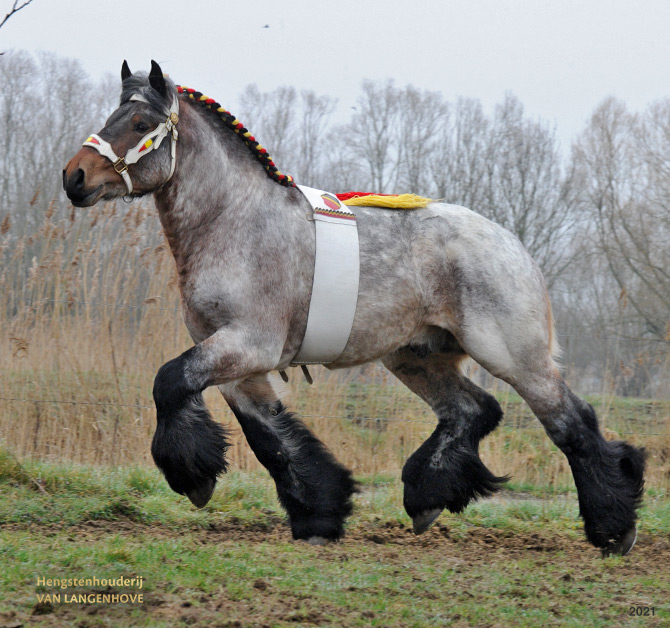 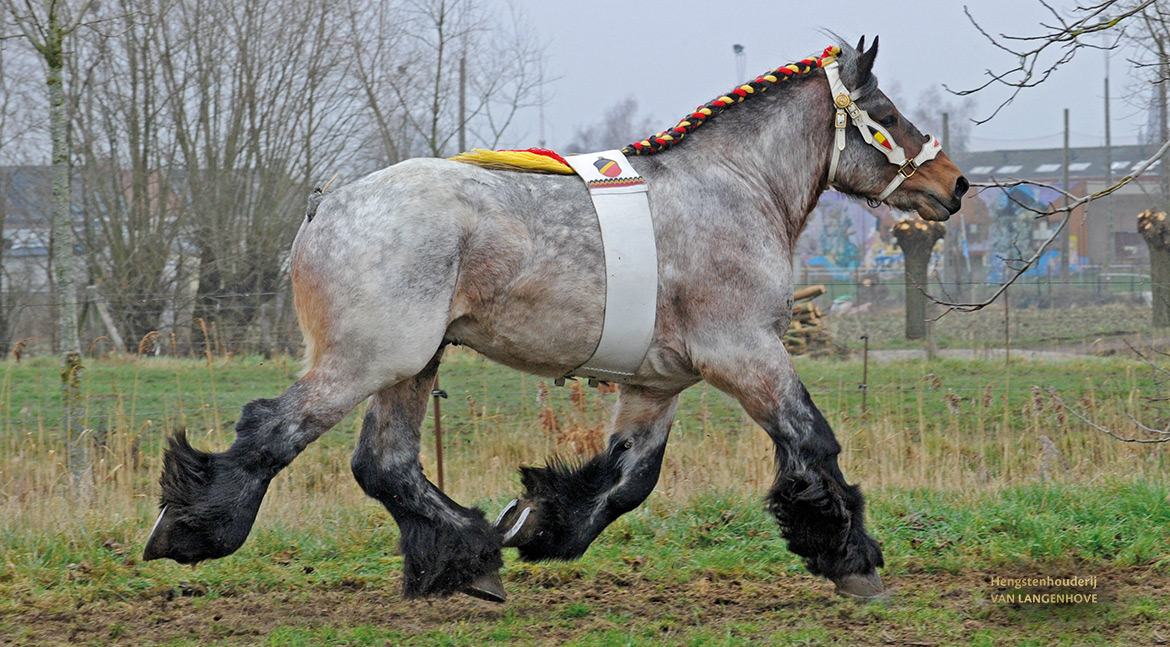 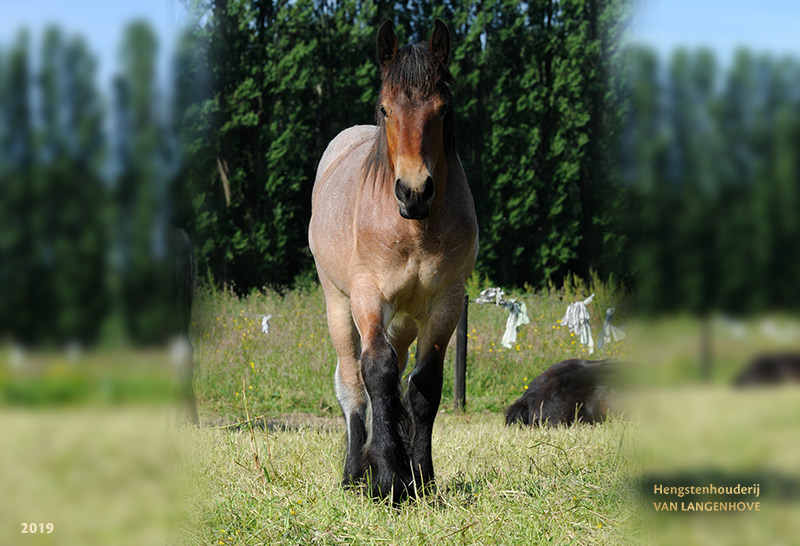 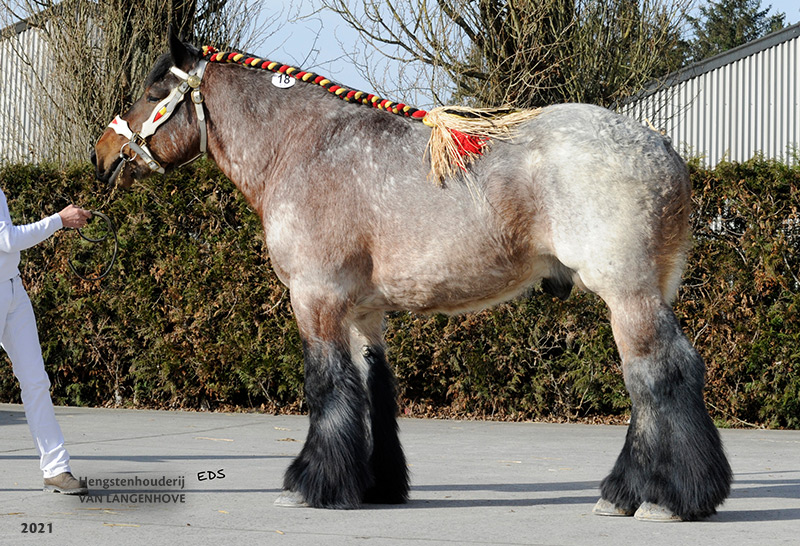 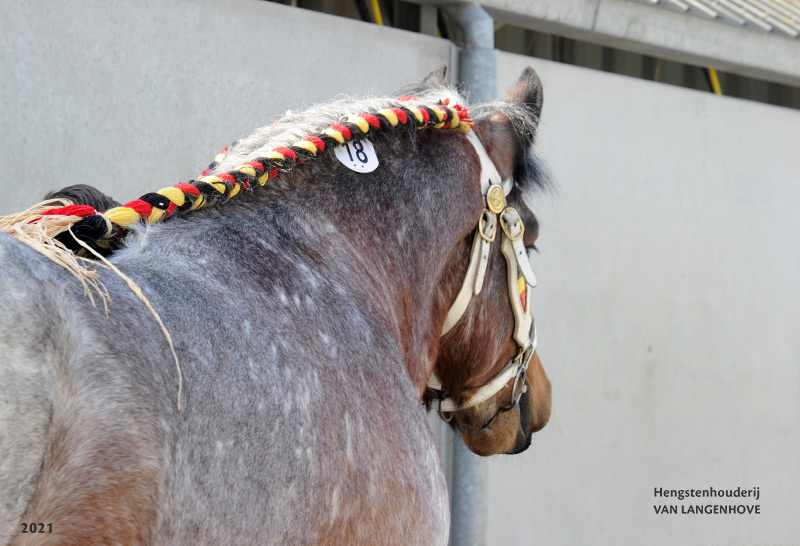 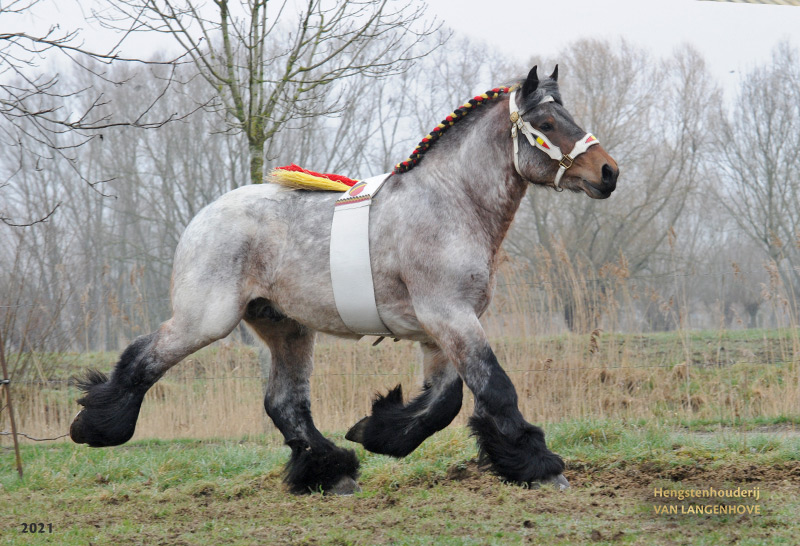 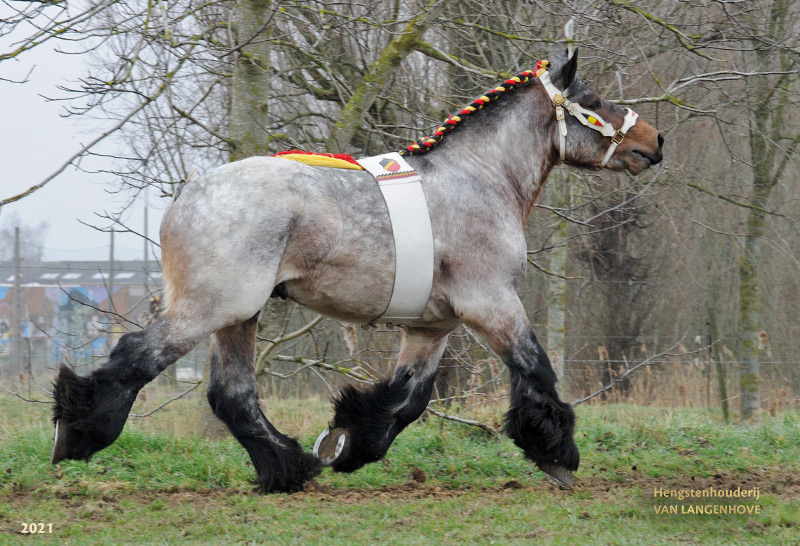 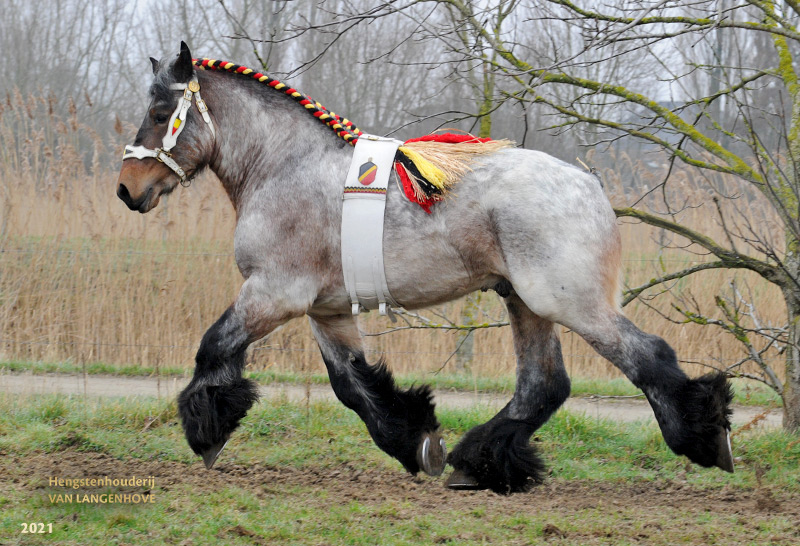 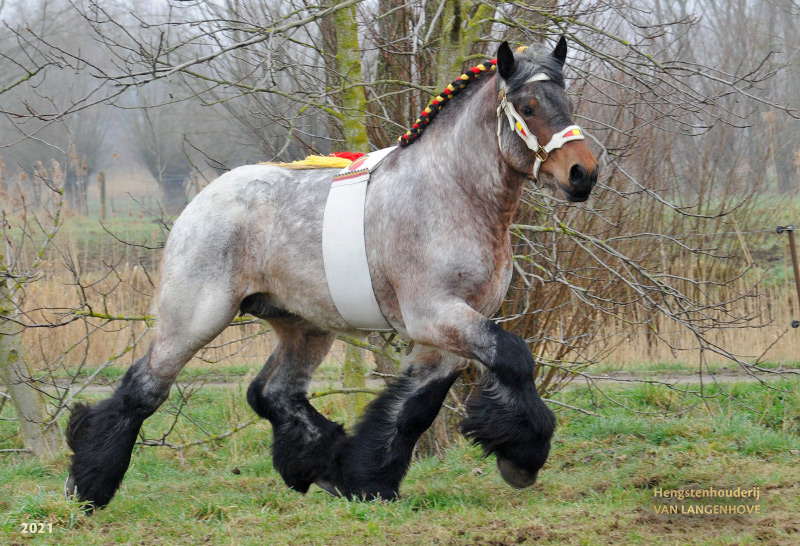 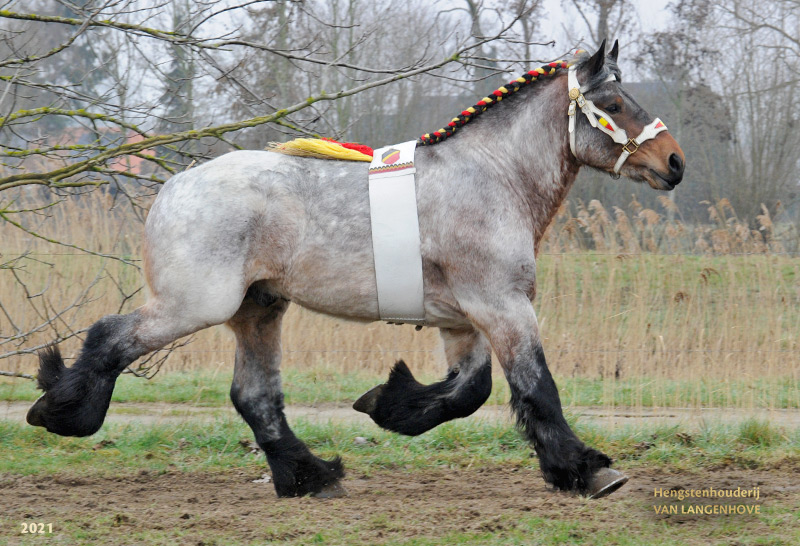 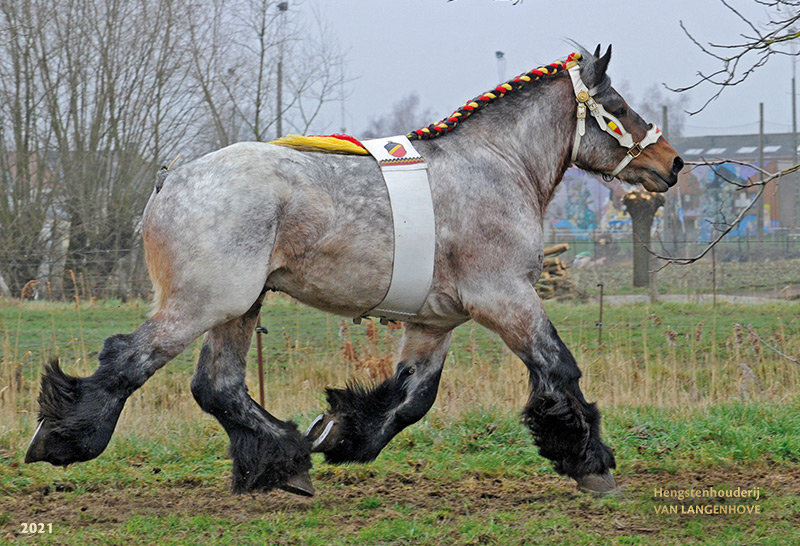